‘Blockbuster’ Canceled After One Season at Netflix
Veronique | Dec 19, 2022 Blockbuster


The comedy series “Blockbuster” has been canceled after just one season at Netflix.

The 10-episode series launched its one and only season on November 3. The show was a single-camera workplace comedy about the employees of the last Blockbuster Video in the world.

The cancellation of the series is not altogether unexpected. “Blockbuster” failed to break into the Netflix Top 10 rankings in the U.S. upon its debut and in the first full week after its debut. Per Netflix, it only reached the top 10 in two countries following its launch, with those being Australia and Canada.

It also failed to find much support among critics, with the show managing a meager 23% critical approval rating on Rotten Tomatoes.

In her review for Variety, Caroline Framke wrote: “For as hard as its upbeat music and capable actors try to sell it, ‘Blockbuster’ struggles to land on a comedic tempo all its own. Each character ends up talking in the same self-referential way that smooths out any meaningful differences between their personalities. Plus, without the necessary editing that airing on a broadcast network would’ve imposed, each episode the Netflix show drags on several minutes too long for its material, dragging out scenes and jokes that would’ve been sharper given a more discerning eye.” 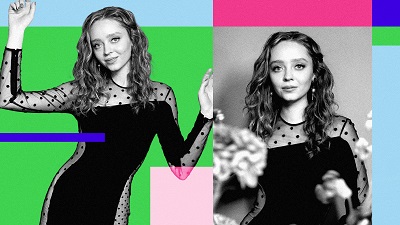 Tell Me Why I Don't Like Mondays
Narrated through her diary, the story is a fictional account of Laura, a petite self-destructive and remote teenager living a drug fuelled dead-end, latch-key existence in a Southern Californian suburb.
News:Photos:IMDB